Do you have 'smartphone shoulder' or 'tablet trauma'? | Physio FIT
15891
post-template-default,single,single-post,postid-15891,single-format-standard,ajax_fade,page_not_loaded,,qode_grid_1200,qode-content-sidebar-responsive,qode-theme-ver-11.1,qode-theme-bridge,wpb-js-composer js-comp-ver-5.1.1,vc_responsive

Do you have ‘smartphone shoulder’ or ‘tablet trauma’?

02 Apr Do you have ‘smartphone shoulder’ or ‘tablet trauma’?

Posted at 14:34h in Uncategorized by admin
0 Likes
Share

SMART devices are predicted to outnumber the world’s entire population by the end of the year, but the mobile technology revolution is also giving rise to new health problems. 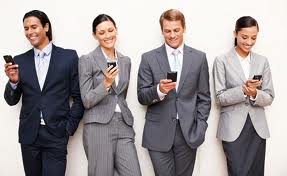 “A significant percentage of (patients) now have symptoms in the neck, shoulder or upper limbs aggravated by texting and using technology,” Herald says. “They don’t realise at first but technology plays a part in exacerbating their existing condition.

Conditions described as “smartphone shoulder” and “tablet trauma” are linked to arthritic changes.

“Shoulder and neck arthritis is often put down to an ageing population but we can’t just blame old age because while 3.5 million Australians have arthritis, 2.4 million are still of working age.”

“Historically from the age of 50 people were thinking about retiring but now they’re working longer and using technology for work as well as socially,” Herald says. “They’re keeping necks bent and holding themselves in certain postures, putting stress on joints that are not normal.”

Herald recently operated on a man whose job involved data entry on a hand-held device and although he had an existing rotator cuff tear it wasn’t until his work adopted the new technology that his pain became severe.

“He had surgery and is back at work but I wonder if it would have been needed in the days of pen and paper,” he muses.

Findings from a Harvard University study found using tablets significantly increases the risk of neck or shoulder injury usually because the user has to gaze down for an extended time, increasing pressure to joints.

Excessive texting too has seen a jump in “text neck” complaints — injuries caused by flexing the neck for too long — with numb fingers and aching wrists also common.

“Touch screen technology means for the first time people are typing all their messages and emails with no resisting force. The screens are also very small and we tend to tense more to ensure we hit the right key,” he says.

In many cases lifestyle changes and physiotherapy can help.

As it did for public relations specialist Demetra Allen who fires off around 50 texts and emails a day running her own business.

She sought out Dr Herald when she developed “acute wry neck” and found the cause was hunching over her laptop and phone — which also made her scoliosis (curvature of the spine) worse.

“Often I would wake and find I couldn’t turn my head without using my hands to lift my neck off the pillow,” Allen says.

“I love technology. It’s life-changing and life-enhancing, but it’s easy to be so consumed in what you’re doing that you ignore the pain.”

A physio’s tips for reducing pain:

When using a computer, tablet, laptop or smartphone, remember to:

• Take a break every 15 minutes. Keep shoulders relaxed and don’t hunch. Leaning forward is equivalent to holding 3-5kg away from the body.

• Avoid gazing down too far. If writing/reading texts bring phone closer to your face

• Avoid constant texting. Stretch all five fingers as far as possible to reduce ache in fingers. Repeat this five times per hand.

• Use an external keyboard or laptop riser where possible

• On the go, use a case that positions the device at a comfortable angle.